The FBC (Fighter Bomber China)-1, also known as the “Flying Leopard” or JH-7, is a new type of fighting-bomber designed by Xi’an Aircraft design Research Institute and produced in Xian Aircraft Industry Corp. Which made its debut at the Beijing military parade on Oct. 1, 1999, on the PRC’s 50th anniversary. In 1999-2000, the PLAAF received at least 20 such long-range fighters. With many breakthroughs in manufacture technique, FBC-1’s outstanding advantages are long range, big loading and strong power. It can take the offensive to ground, to sea and dogfight. It reaches to the design requirements of active defense. Each FBC-1 is equipped with 2 Rolls Royce Spay MK 202 engines. In early 2002, Xian Aircraft completed development of the JH-7A fighter-bomber, an improved copy of the FBC-1. The success of its development fills the gaps in the fields of Chinese fighting-bomber. 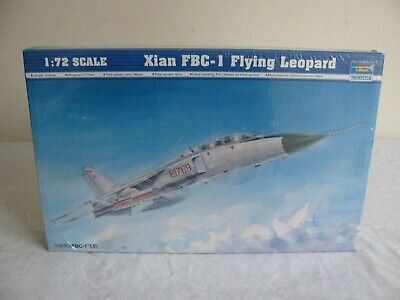 See on Ebay »
Shipping to: Worldwide
From: US-Stow,OH,USA
Store: Davey's Antique and Collectibles

See on Ebay »
Shipping to: Worldwide
From: US-Ada,OK,USA
Store: Aircraft-Plus 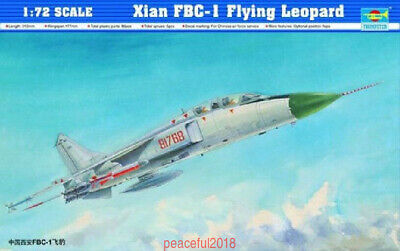 Showing 3 of 28 results found at Ebay. Click here to see all.