– Faithfully recreated IFF antenna at the front of the cockpit.
– Choose to depict bubble canopy in open or closed position.
– AIM-120C and AIM-9M air-to-air missile parts are included.
– Cockpit interior and main landing gear bay are also faithfully recreated. Comes with a seated pilot figure and 3 kinds of marking options. 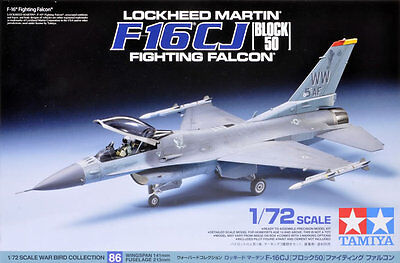 See on Ebay »
Shipping to: Worldwide
From: US-USA
Store: OmniModels

Showing 3 of 38 results found at Ebay. Click here to see all.