The Ju 88 was a World War II German Luftwaffe twin-engine, multi-role aircraft. Designed by Hugo Junkers’ company in the mid-1930s, it suffered from a number of technical problems during the later stages of its development and early operational roles, but became one of
the most versatile combat aircraft of the war. Affectionately known as “The Maid of all Work” (a feminine version of “jack of all trades”), the Ju 88 proved to be suited to almost any role. Like a number of other Luftwaffe bombers, it was used successfully as a bomber, dive bomber, night fighter, torpedo bomber, reconnaissance aircraft, heavy fighter, and even as a flying bomb during the closing stages of conflict. 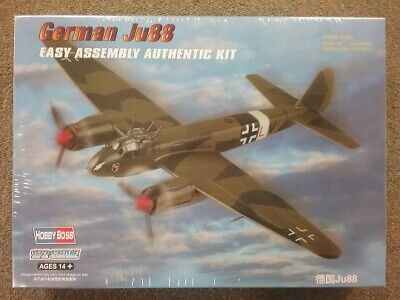 See on Ebay »
Shipping to: Worldwide
From: US-USA
Store: thehobbyguy 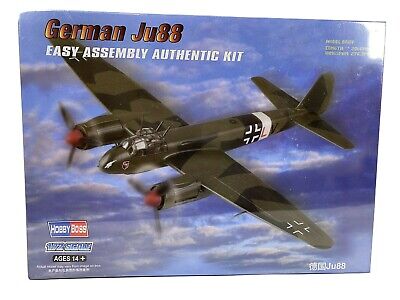 See on Ebay »
Shipping to: Worldwide
From: US-Brooklet,GA,USA
Store: Acquisitions By Albaugh