Armored car BDT-41.
Was developed in the USSR in Bryansk at the “KrasnyjProfintern” plant on the base of BDT car at the beginning of 1941. It was aimed for combat missions in the conditions of infighting, in fight against tanks and railcars of the enemy, for reconnaissance and protection of railway communications.

The hull was welded from the armored sheets thickened to 45mm.

Armament consisted of 76mm gun with the coupled machine gun DT (7.62mm) in the turret from T-34 tank, installed in a middle part of the hull. Three-four onboard machine guns “Maxim” and one face machine gun DT, and also coupled antiaircraft mounting of DShK machine guns in the rear part of hull which moved forward and could fire via special hatch, including air targets. As the power plant was taken V-4 diesel engine, 300h.p. (from T-50 tank). For external communication KRSTB wireless station was used. The crew consisted of 9-11 fighters.

The car wasn’t launched into production because of the begun war. 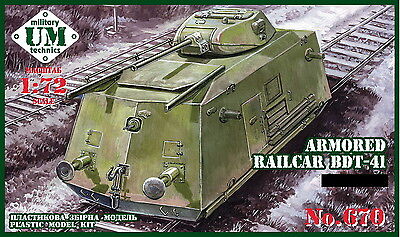 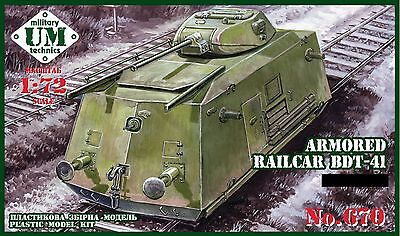 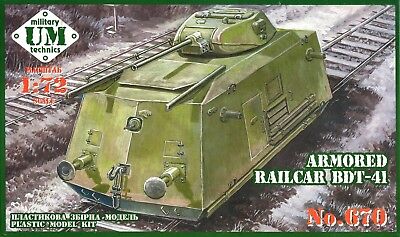 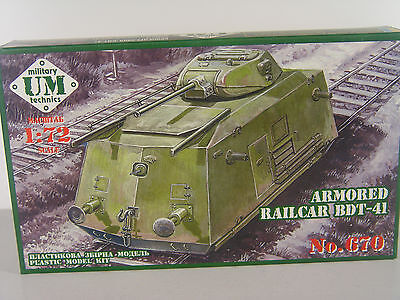 See on Ebay »
Shipping to: Worldwide
From: DE-Germany
Store: lok1000