Tank BT-7 “experimental” with 76,2 mm gun (limited edition)
Works on engineering of the light wheel-track BT-7 tank began in the USSR at the beginning of the 30th, to increase the fire power of BT tanks. Significant changes of the BT-5 tank design were worked out.

The first prototype of the BT-7 tank with the engine M-17T was made by May 1, 1934. This fighting vehicle had the following armament: the 76.2 mm gun mod. 1927 with the shorted recoil length and the self-contained 7.62 mm DT machine gun located in a ball support were set in a turret of an elliptic form with a bevelled roof.

The role of screen was fulfilled by the semi-cylindrical armoured plate attached to special brackets of the gun installation and was rotating about unions together with the gun.

The obliquity and width of the front plate located before the driver-mechanic were increased, which allowed to set a self-contained ranging machine gun next to him. The turret of such construction and a ranging machine gun at launching of the BT-7 tank in serial production were cancelled. 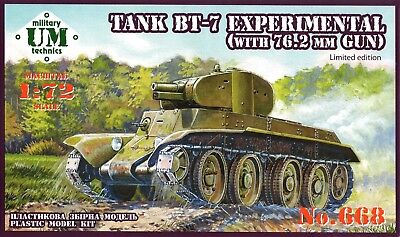 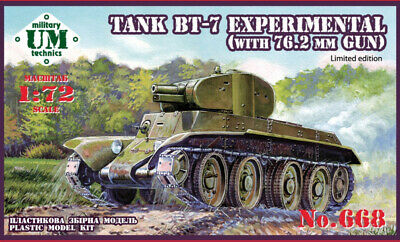 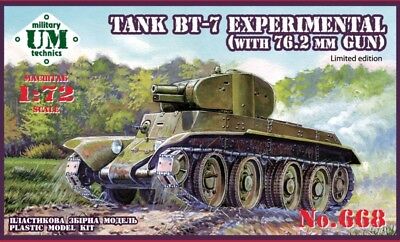