Armored car DTR-casemate on a railway platform.
Armored car-carrier DTR-(riveted version), was developed in the USSR in 1934. DTR was designed to make a command and observation post for the units of armored trains, and also for reconnaissance and transportation by rail of wounded soldiers and special freights. In total some tens cars were produced from 1935 to 1941.

DTR participated in World War II at the Soviet-German front, and, two of them in the battles of summer 1941 have been captured by Wehrmacht. One of them as an armored car, was used as a part of PZ-10 armored train, and the hull of the second captured machine, the Germans had set on a railway platform as an armored casemate, and used as a part of the armored train. History holds back a further way of this unique armored unit, and nevertheless for modellers and fans of military history it has to be of particular interest as being fought on both sides of the front. 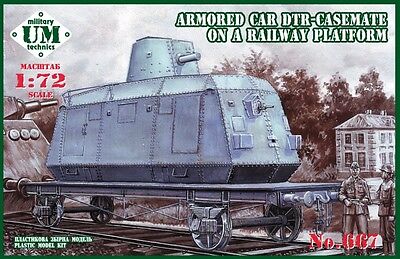 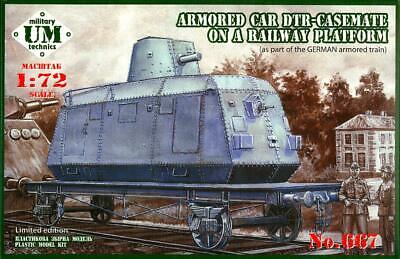 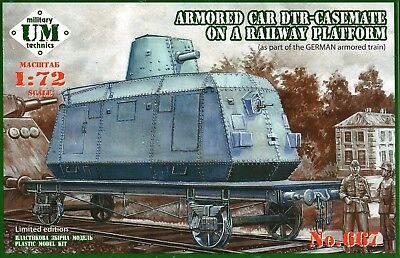