To protect BEPO anti-aircraft weapons with different arms were created. The most effective against German aircraft was considered to be armored car armed with two 37 mm automatic antiaircraft guns constructed at “Stalmost” plant in 1943-45.

They were made on the basis of long biaxial or eight-wheel platforms which got “Armored platform PVO-4” designation. Among themselves they differed by armor protection scheme: later designs had armor protection of a running gear. On a floor of the platform armor case-mates with leaning-back top boards were installed and fastened. Within these case-mates 37 mm automatic antiaircraft guns 61-K were placed on special devices, with the possibility of rotation around its axis. The crew of such armored platform totalled 10-12 fighters. During the war 46 such air defence platforms were made. 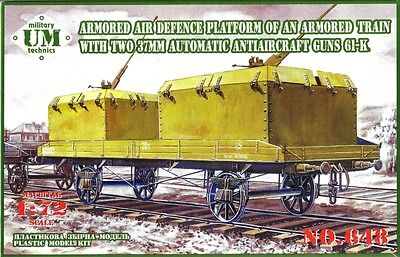 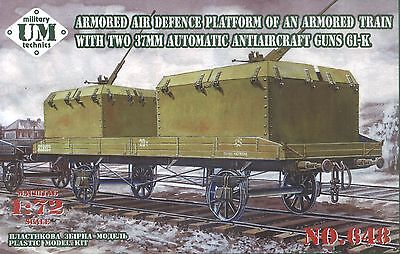