Vomag Omnibus 7 OR 660
The German automobile manufacturer Vogtlandische Maschinenfabric AG (VOMAG) was founded at the turn of the 19th and 20th Centuries, when an increasing number of various engineering factories and enterprises turned their attention to the production of the new “self-propelled carriages”. During the next 10 years VOMAG built several successful trucks, and from the beginning of World War I, secured considerable orders from the military for the delivery of three-ton trucks to the army. However with the end of World War I and the catastrophic consequences of the peace treaty articles pertaining to the capitulation of Germany, VOMAG, like many other enterprises under military direction, was unable to make military equipment any more. After laying off most of their workers in 1918, VOMAG was re-registered as VOMAG Lastkraftwagen GmBH Munchen. The direction of the new company was the production of municipal transportation for passengers: first of all omnibuses (buses), and trolleybuses. Already by the third decade of the 20th Century VOMAG had quickly become one of the leading companies in its industry, and its products were used not only in Germany, but also exported to several countries in Europe and even to the Soviet Union.
At the end of the 1920s VOMAG constructed a huge bus for those times, on a three-axle chassis with a total length of more than 6 meters. Its 150 horsepower engine allowed the bus a top speed of 55 km per hour, and a passenger capacity of 60 people.
In 1935, after a number of modernizations, appeared the VOMAG 7 OR 660 bus with a new original streamlined body and an even more powerful 160 hp engine. After the coming to power of Hitler, in conditions of accelerating militarization of production, the enterprise started securing more and more orders for the production of dual purpose vehicles. VOMAG buses were under construction not only for the needs of the municipalities of German cities, but also by order of Deutsche Reichspost, the German post service, which right after the onset of military operations was quickly merged with military transport and delivery services. No wonder that from the beginning of the war many “post” buses including VOMAG vehicles, were quickly taken over for the transportation of troops from one part of the front to another.
During the period from 1935 to 1939 VOMAG managed to make several thousand of various types of bus, including a large number of the heavy three-axle VOMAG 7 OR 660. However from the beginning of World War II, its production was completely reoriented towards the construction of semi-heavy artillery tractors. And only after the end of war when industrial production had been laid waste by the bombing of Allied aircraft, was it possible to restore VOMAG again, albeit for a short period, returning to the manufacture of civilian vehicles. 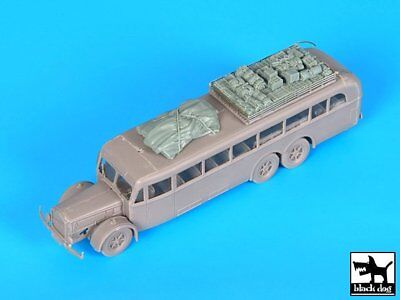 See on Ebay »
Shipping to: Worldwide
From: US-Sterling,VA,USA
Store: Dragon-Hobby 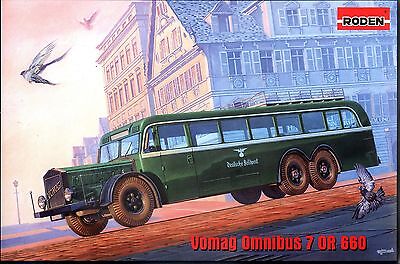 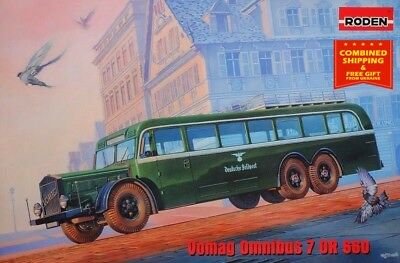