Vauxhall D-type Ambulance
The first few months of fighting in 1914 gave rise to the picture we have now, that the war, only recently begun, would not just be long and exhausting – it would be a war of indefinite term and enormous losses, entailing in particular the loss of a large number of human lives. The assessment of losses at the end of 1914 was estimated in the tens of thousands, and the number of injured as a result of violent clashes on the battlefield was beyond all computation.
The British Army had been trying to bring its medical services to a much higher level to assist injured soldiers ever since the Crimean War of 1853-1856, but more than half a century later, not much had radically changed in this matter. The wounded were taken from the battlefield in wooden horse carts, which were in no way equipped to ease suffering. Losses during transportation of the wounded from the battlefield to hospitals were simply awful. The Director General Army Medical Services Sir Alfred Keogh called on the Secretary of State for War to give the army special ambulances, but this proposal was rejected because of its associated great cost.
In October 1914 the leading, highly respected British newspaper The Times appealed to its readers to make financial contributions for the procurement of ambulances. It was a very effective appeal, and already by early 1915 the army had received 512 vehicles, which had typically been converted from conventional automobiles to primitive (by modern standards) ambulances. However, at that time this military aid was so significant and important that these simple medical vans became virtual ‘guardian angels’ for many who otherwise would have surely died from their injuries, never reaching a military hospital.
The ambulances of the time did not have a common standard and there were a wide variety of types. One of these vehicles, which had also been redesigned to suit medical needs, was the Vauxhall D-Type. The Vauxhall Motors Company was founded by Alexander Wilson in 1857 and it specialized in developing equipment for ships, but with the advent of the motor car the company became interested in this promising new industry and in 1903 produced its first example of a four-wheel car. By 1910 its main priority was the marketing of sports cars, but the beginning of the First World War radically changed the production profile of many companies, including Vauxhall.
From 1912 to 1922 more than 1,500 cars of the Vauxhall D-type were produced. They were widely used as staff cars, but a certain number were refashioned for medical purposes and used on the Western Front side-by-side with many other ambulances which had to conduct perhaps the most important mission in the war – to save the army’s most important assets, human lives. 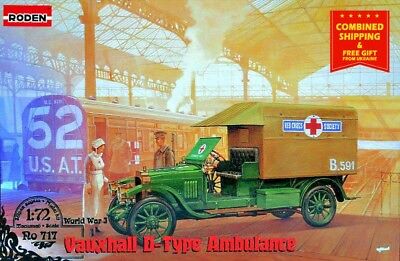 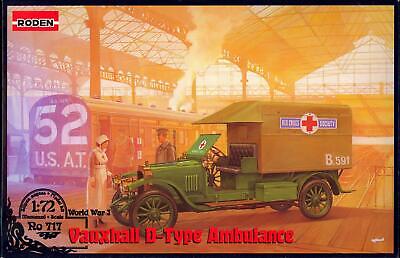 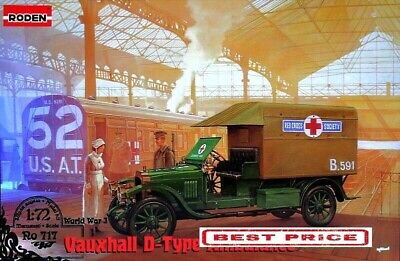