The T-90 is the most advanced Main Battle Tank in the Russian Army. The 125 mm smooth-bore gun fires classic types of ammunition as well as guided missiles. The second generation T-90A has been in production since 1999. The biggest distinguishing features when compared to the original T-90 are the new track end links, the welded turret and the engine. The low silhouette, explosive reactive armour and the TShU-1-1 Schtora self-protection system ensure a high level of protection. The latter is an incoming missile decoy system. In addition to the Russian Army (T-90A), Algeria and Azerbaijan use the T-90SA export variant. 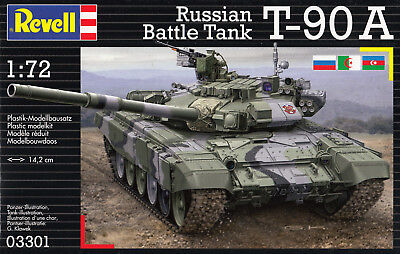 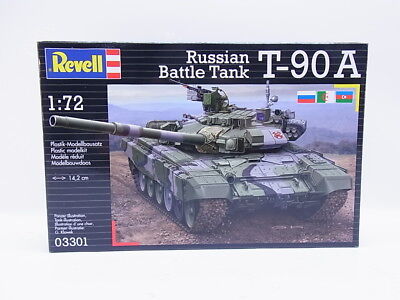 See on Ebay »
Shipping to: Worldwide
From: DE-Germany
Store: Modellspielwaren-Frederik-Niehues