Sd.Kfz 164 Nashorn
Between 1942 and 1944 the total number built of this self-propelled anti-tank gun based on the chassis of the Panzer III/IV tank, was approx. 500. The powerful 8.8 cm Pak could destroy any enemy tank from great distances. The armour however, due to its weight limit of 24 tonnes, could not compete with that of a battle tank. In prepared and defensive positions the Nashorn (Rhinoceros) also proved itself against large tank units and remained the most effective German tank destroyer until the introduction of the Jagdpanzer IV and Jagdpanther. 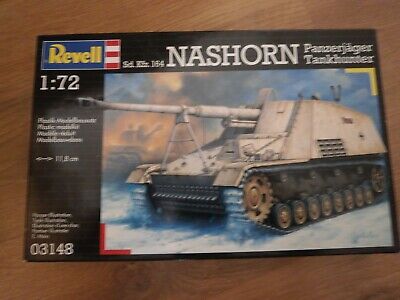 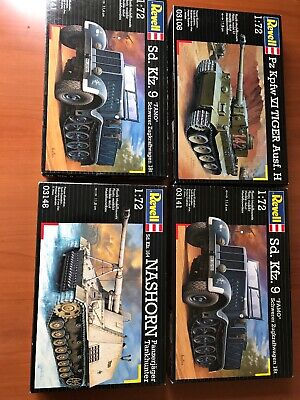 See on Ebay »
Shipping to: Worldwide
From: IT-Italy

See on Ebay »
Shipping to: Worldwide
From: IT-Italy
Store: emporio_brigliadori_rimini_2