F-22 was a Soviet divisional semi-universal gun, adopted for Red Army service in 1936. This gun was used in conflicts between the USSR and Japan on the Far East, in the Winter War and in World War II, which combined the capabilities of a divisional gun and – to some extent – of an anti-aircraft gun. It had a split-trail carriage with suspension and steel wheels with rubber tires. Of course, they also proven to be a quite efficient anti tank gun. 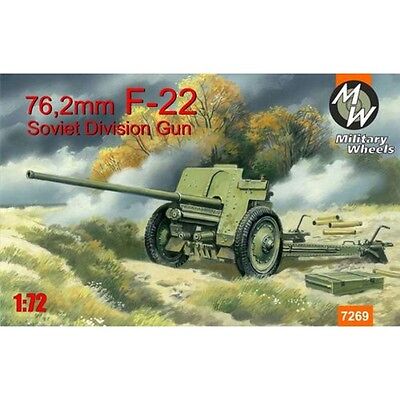