German Light Truck G 3 a
German Light truck G 3
Development of special military vehicles in 1928 by Daimler Benz Company led to the creation of the first model G3 (6×4), followed a year later by upgraded type G 3a. It was a light truck with capacity of 1.5 tons, driven by six cylinder in-line petrol engine with an output of 68 hp. The vehicle was equipped with a four-speed gearbox, twin carburettors and hydraulic brakes. Maximum speed was 65 km per hour, consumption is on the road 35 l per 100 km and 45 l per 100 km off road. The dimensions can be varied according to each version. Cargo version had a length of 6000 mm, width 2100 mm and height of 2450 mm. A total of 2,000 vehicles of the many versions were produced. They were used throughout the war on all fronts in units of the Wehrmacht and Luftwaffe. 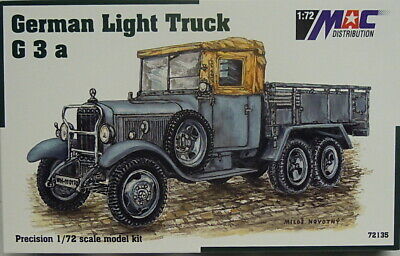 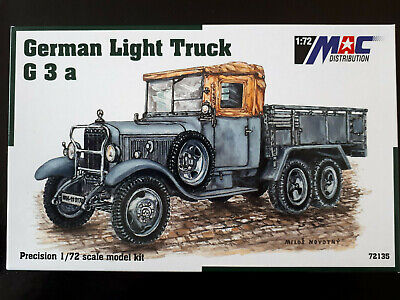