Dragon has achieved a milestone by introducing NEO TRACK into 1/72 scale Armor Pro range for the very first time. The lucky recipient is an accurate rendition of the Nashorn. These track links offer the perfect balance between accuracy and assembly. They come with pre-assembled straight runs of tracks, for instance, while they can also be realistically sagged. Other parts come as individual links where appropriate to get them to conform to the shape of sprockets, etc.

The actual kit is based on a 1/72 scale Nashorn already released in the Armor Pro from Dragon. Of course, that means all details are accurately presented, including the highly detailed and visible 88mm long-barreled gun mounted atop the hull inside the open fighting compartment. In the kit box there is also a generous selection of photo-etched parts that allow modelers to upgrade the appearance of this powerful German tank destroyer. Thanks to the addition of these Neo tracks, this little rhinoceros has become even more attractive! 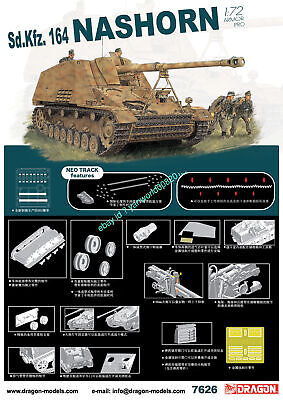 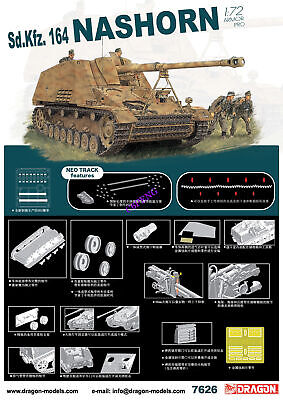 See on Ebay »
Shipping to: Worldwide
From: CN-China
Store: c6peng