The Panzer III Ausf.M succeeded the Ausf.L. It shared the same 5cm KwK39 L/60 main gun and among its modifications was a deep-wading muffler with a series of associated hatch seals that allowed fording of water obstacles up to a depth of 1.3m. To meet popular demand, Dragon has released its newest Panzer III kit – an Ausf.M equipped with Schürzen, which were protective steel plates designed to stymy enemy anti-tank weapons. Furthermore, Dragon’s kit depicts a tank participating in the largest-ever tank conflagration, the Battle of Kursk in July 1943, that involved a staggering 8,000 tanks!

The stunning box-top illustration portrays a Panzer III M fighting in Kursk. Meanwhile, inside the box lie all the necessary and desirable ingredients to create an accurate 1/72 Panzer III M. The Schürzen plates and related brackets are also produced. The kit is extremely well engineered and the parts separation is cleverly handled by the design team. Markings for vehicles in the Battle of Kursk are obviously available in the form of Cartograf decals, including unit in Kursk! 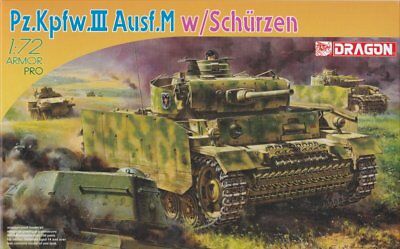 See on Ebay »
Shipping to: Worldwide
From: US-Champaign,IL,USA
Store: Models-4-Less 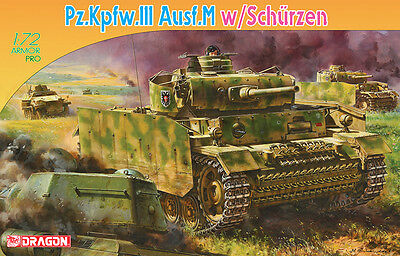 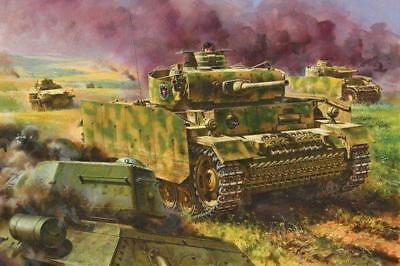 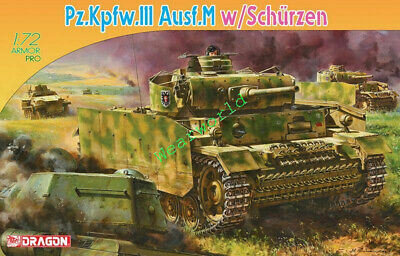