Dragon continues to expand the family of Panzer IV plastic kits in 1/72 scale. And what a fantastic kit this latest depiction of an Ausf.H Mid-Production tank is! In fact, Ausf.H was one of the most important Panzer IV variants of the war, which fought on both the Eastern and Western Fronts.

This could easily be described as the ultimate 1/72 scale kit of the Panzer IV family. As the latest member of the Panzer IV, Dragon has definitely given it maximum detail. This kit accurately portrays a Pz.Kpfw.IV Ausf.H Mid-Production vehicle. Specific details peculiar to a Mid-Production kit are included, such as a newly tooled air filter mounted on the right-hand fender.

Convenient one-piece DS tracks are included too, and sharp detail is delivered throughout the kit. Never before has a Panzer IV H Mid-Production kit been so detailed and complete in this scale! 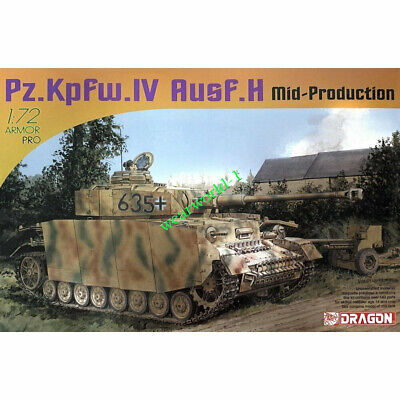 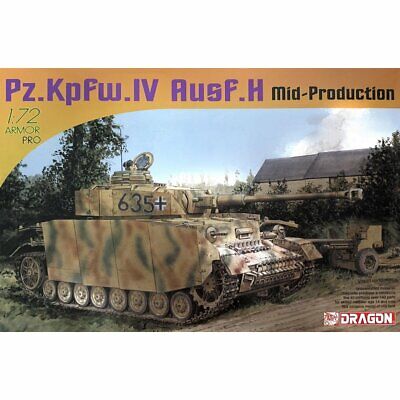