Dragon has a brand new plastic kit in its exciting collection, one that will have model fans excited. The new 1/72 scale item is a British tank – the famous Churchill. The Churchill, referred to officially as the Tank, Infantry, Mk IV (A22), was named after the British prime minister at the time of its design in WWII. The tank was heavily armored and it featured a long chassis with long track runs that enabled it to cross difficult terrain. The first Churchills were hastily churning off Vauxhall production lines in June 1941, within a year of the tank’s design in the aftermath of the humiliating Allied defeat in Europe. Dragon’s model portrays a Churchill Mk IV tank, a variant that featured a cast turret instead of the all-welded turret found on the visually similar Mk III. Its main armament was a QF 6 pounder gun. Weighing in at approximately 40 tonnes, the Churchill had a particularly slow top speed. The Mk IV was the most numerically common model of the Churchill, with 1,622 tanks produced.

As the first Churchill kit from Dragon, the tank utilizes brand new moldings. Slide molds allow the upper hull and lower hull to each be made in one piece. This makes construction more straightforward and accurate. The suspension on the Churchill is complicated, but the kit designers have cleverly engineered the suspension system in a way that’s easy to assemble. The cast turret is made in one piece via multi-directional slide molds, and it perfectly captures the five-sided shape of the Mk IV turret. The muzzle of the 6 pounder gun is hollow thanks also to slide molding. The tracks are made of DS, adding to the appeal of a model that’s easy to assemble and one that builds into an authentic-looking Churchill Mk IV! 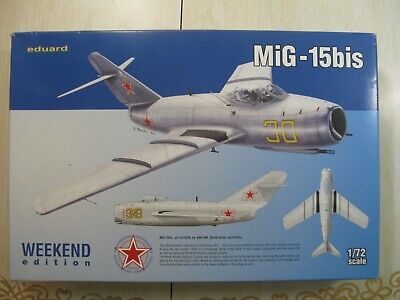 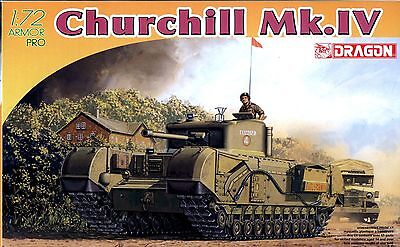