Marmon Herrington mk II MFF
It is model of armor in the form of a plastic model of scale 1/72 still doesn’t exist.
Moreover this model is first prepared in the 3D technology. The first performance will be called “Hobby”. Only with quality moldings and one camouflage.
As the second model, we will launch the “professional” who will containing resin accessories including interior.

In the building process of armored vehicles in the south Africa there were used mostly parts that were shipped here. Chassis Ford were made in Canada, four-wheeled drive rig was made from company called Marmon Herrington from the USA and armament was brought from Great Britain. Building of the vehicle was provided by local workshops. Armored plates was made by local rolling mills.
The first of those vehicles was labeled as South african reconnaissance vehicle Mk I.It has chassis with long wheelbase and is driven by rear axile. South african reconnaissance vehicle Mk II had shorter wheelbase and was driven by all four wheels. After first combat experiences from the first conflict with Italians in the east Africa all vehicles Mk I were given for training purposes but Mk II had better destiny in front of him.

In the time when the first armoured vehicles went into south African and British forces it was unique vehicles and one of his kind that had allied forces in their disposal. It was the main vehicle of the scouting troops in the first campaign in the western desert. Surprisingly it was very succesfull vehicle even because its armor of maximum of 12mm wasn’t
the best. Even the armament wasn’t sufficiernt enought. Soldiers made some improvements themselves in the course of the war. They used parts of any other vehicles they found. There were lots of different weapons pointing from its turret. 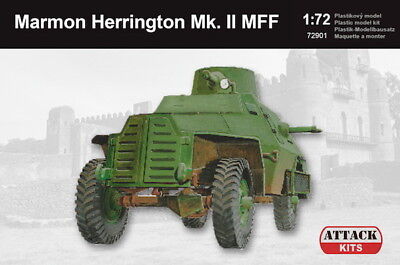