Taking advantage of their recently released Flak 36, ACE reuses its Sd.Kfz.6 kit to issue this new model, which certainly only adds the PE parts that replace original Sd.Kfz.6 cargo bay.

Not all the original sprues from the previous Sd.Kfz. 6 Pioneer version are included, the cargo bay part has been replaced by a new sprue, which also includes the parts to build the Sd.Ah.52 trailer as ammo carrier.

The Sd.Ah.52 axis and wheels are still included in the Flak 36 sprue. 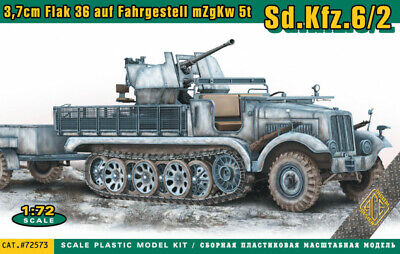 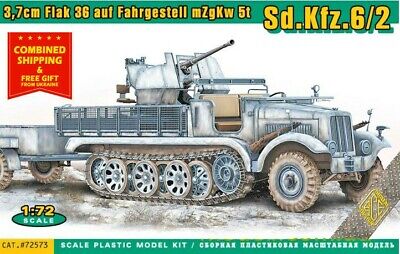 See on Ebay »
Shipping to: Worldwide
From: PL-Poland
Store: fieofanowicz1971