Multi listing entry. AccsGB releases again several variants of the same kit with minor differences between them, and we decided to group them all in a single entry even if it means you will have to take an extra look to Ebay results, as all the versions appear mixed.

This time is a Humber Scout Car, MK I or II, and the brand’s proposal is as follows:

72503 – Humber Scout Car Mk.I/II Allied Nations
(decals) for three Humber Scouts: A vehicle of 2 Regt Lansiers of the Belgian Army in 1950; a vehicle of 5e Regiment de Cuirassiers, used by the French Army in Indochina; and a vehicle HQ Squadron, 19th New Zealand Armoured Regiment as used in Italy in 1944

All the boxes contains parts for Mk.I or Mk.II variants. Only 74504 it’s supposed to have extra different parts. All the other variants only differ in the decals included.

Decals for the other variants:

Take an extra look at Ebay results below, to be sure you are purchasing the variant you want to purchase, as mixed results of all the versions are offered. 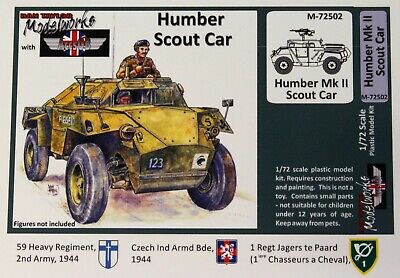 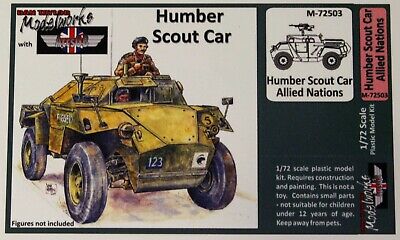 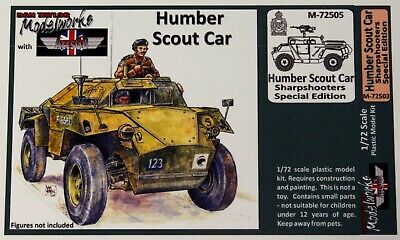