Apollo 7, launched by NASA, orbited the earth from October 11-22, 1968 with three crewmembers aboard. It was a significant mission since it came immediately after a fatal launch pad fire aboard the ill-fated Apollo 1 rocket. It was also the first manned launch of the Saturn 1B launch vehicle, and the first use of a three-man crew. The orbit of the Block II Apollo Command/Service Module (CSM) allowed the crew to test out critical life support, control and propulsion systems. Deemed a technical success, NASA launched Apollo 8 two months later on the first manned orbit of the moon. Because of the test nature of the mission, Apollo 7 was not carrying a lunar module for its flight.

Dragon is proud to launch a new scale 1/72 of Space Series, which will expand into a distinguished collection of legendary space exploration craft. The first item in this scale is the aforementioned Apollo 7 CSM. The new scale die-cast item provides much more detail. The Apollo 7 CSM is a highly detailed and very accurate replica of the original craft, which still survives today. The miniature also comes with a brand new stand that stylishly allows owners to show off the craft on their desktop. With the Space Series, collectors and rocket aficionados are now able to explore space on a much greater scale than before, and this historically important Apollo 7 CSM is a great place to start! 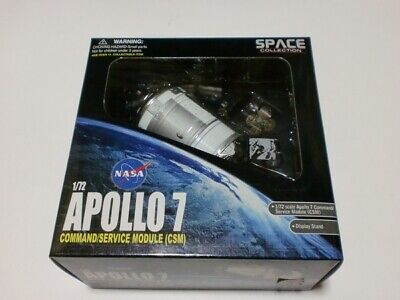 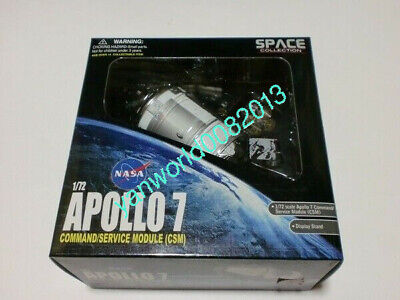 See on Ebay »
Shipping to: Worldwide
From: CN-China
Store: gorgeous1989 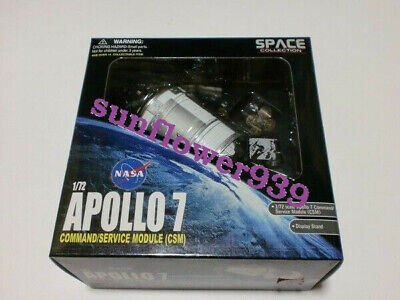 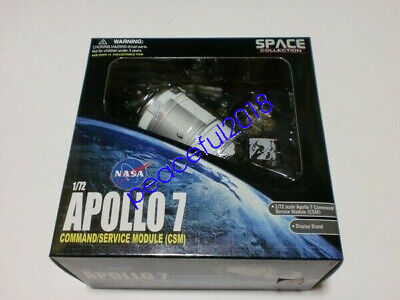