US Navy SKIPJACK-CLASS
The USS Skipjack (SSN-585) was the first US Navy nuclear attack submarine with ahydro-dynamically optimized tear-drop shape. The hull was a single pressure hullwith circular cross-section made of high strength HY-80 steel. A visual feature was that the forward diving planes were fin-mounted for the first time. The six torpedo tubes in the bow could fire a total of 24 torpedoes. The newly developedS5W nuclear reactor enabled her to remain submerged for a long period and her range was only limited by food stores. The shipyard test run confirmed sensational performance with a top speed of over 30 knots when dived. When the USS Skipjack was transferred to the fleet on 15th April 1959, the US Navy received its first true submersible that could operate submerged for months at atime to secure the safety of fast-moving fleet units. Until their decommissioning the six vessels of the Skipjack Class formed the senior unit of the US submarine fleet. The USS Skipjack was the last submarine of that class tobe retired on 19th April 1990. 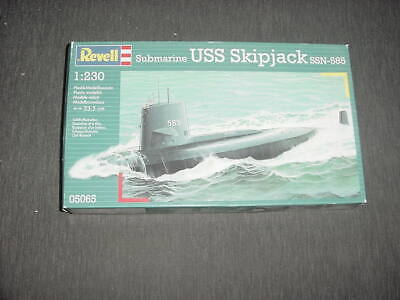 See on Ebay »
Shipping to: Worldwide
From: US-Valparaiso,IN,USA
Store: tinmilljoe 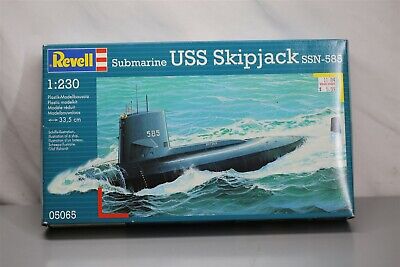 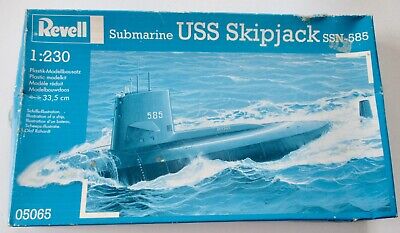