The P-40D/E Warhawk were the first versions of the famous fighter aircraft to be equipped with a new Allison F engine. The D and E versions differed only very slightly in the armament, the D carried just four machine guns in the wing while the E had six of them. Besides the USAAF, the second biggest purchaser of the type was the British RAF which desperately needed any suitable type of a fighter aircraft. Because of rather unpleasant high altitude characteristics of the Allison engines which lacked the superchargers, it was not possible for the RAF to deploy the type in the skies of Europe, but put them in service over Africa instead and the P-40D/E became to be known as the Kittyhawk Mk.I and Mk.IA respectively. But the Kittyhawk flew not only with the RAF, it saw service also with other air forces of the Commonwealth, the RCAF put theirs against the Japanese forces over the Aleutian Islands while the Antipodes used their Kittyhawks in the Pacific, and yes, we must not forget that the Aussies also gallantly fought in their P-40s over the desert sands of Africa.
The Kittyhawk Mk.IA kit comes on two grey styrene sprues and one clear sprue with canopy parts, underwing landing light and a gun sight. The canopy parts contain the separate windshield, the rear fixed section and two sliding centre sections enabling the modeller to portray his model with either closed or open canopy.
One of the sprues which offers the smaller parts have also two styles of the propeller, one with narrow chord blades for the early P-40s, the other with broad blades for later versions of the plane. Amongst the smaller parts you can find also several other alternative parts such as for example two various exhaust stacks or two styles of the underbelly fuel tanks.
The decal options bring you a machine of the famous 112sqn RAF which had an unmistakable shark mouth painted on the cowling and was named London Pride, the second option is an Australian machine named Orace which flew in the New Guinea area and the final option is a Canadian Kittyhawk of the No 111(F) Sqn RCAF.

4 results, showing 4.*Note that box can be different depend on the year of production, some times wrong products appear in the results, be aware. 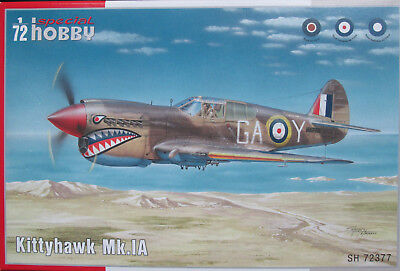 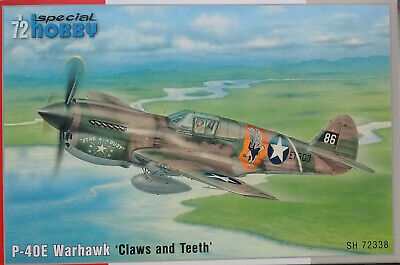 See on Ebay »
Shipping to: Worldwide
From: DE-Germany
Store: Auction-Heinz 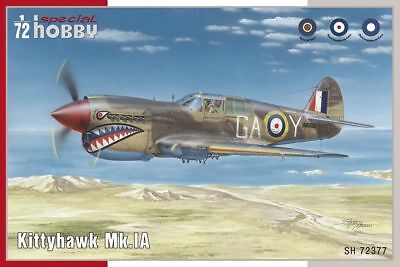