Imperial Japanese Air Force issued Nakajima Company, without common competition, in December 1937 with development of new fighter aircraft. This new fighter should in future replace the recently assigned Ki-27. The development was complicated and somewhat prolonged because of the modifications. Thirteen prototypes were built and subsequently the new fighter, designated Ki-43-I Ko with combat name Hayabusa, was accepted by the IJAF on January 1, 1941, though the series production had started in September 1940. New fighters participated in fights over Malaya and Singapore. Hayabusa sported excellent maneuverability and outperformed every Allied type and was capable to sweep out the skies of any and every opponents. The combat experiences revealed that the wings has low strength and have tendency to disintegrate.
The prototype of the new version Ki-43-II with more powerful Ha-115 engine, shortened and strengthened wing took off for the first time in February 1942. Soon this new version replaced the older in production lines. The part of the production was shifted to other companies such as Tachikawa and Rikugun. The development continued from Ki-43-II Otsu to Ki-43-III. Particular version sported different shapes of cowlings, oil coolers and subsequently the armament was changed to heavier. Hayabusa soon became the most widely used fighter by IJAF. It fought from the beginning of the war up to its bitter end. Hayabusas were assigned to forty regular Sentais and twelve independent Hiko Sentais. Except of the latter, Hayabusas were used by puppet state Manchukuo, Thailand and after the war by Indonesia, communist China and French Colonial Forces in Indo-China. Hayabusa was considered highly dangerous opponent at the beginning of the war. This suspicion was confirmed when a seized example of Ki-43 was tested. Allied pilots were then warned not to try dogfight Hayabusas and instead use hit and run tactics. In the mainland CBI area allied intelligence issued for Ki-43 recognition code name Jim. In South East Pacific area it was named Oscar and this name was officially accepted for Nakajima Ki-43 of all versions. 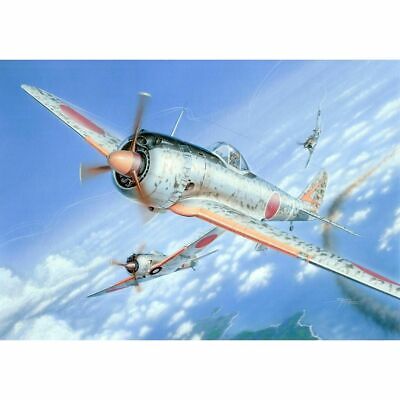 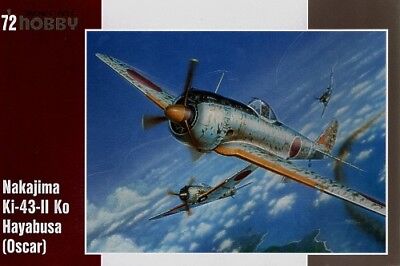 See on Ebay »
Shipping to: Worldwide
From: FR-France
Store: Plastikit01