Designed by TE Slot for the Dutch firm De Schelde, the S.21 was a single seat fighter which reached the advanced prototype stage. Construction commenced early in 1939. Aspects that deviated from these designs included an extensively glazed cockpit and a semi-reclined seat for the pilot. The intended powerplant was to be a DB 600Ga 12-cylinder inverted-vee of 1,050hp. A three bladed prop was driven via an extension shaft.

A 23mm Madsen cannon was to be fixed for the interceptor role and flexible for ground attack role. Other armament included four 7.9mm FN-Browning machine guns.

The prototype was in final assembly in May 1940 when the Wehrmacht occupied the factory. The airframe was transported to Utrecht where it was tested to destruction in the Zerlegebetrieb. 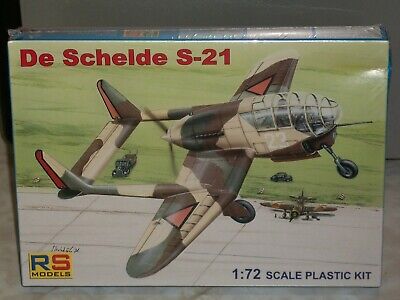