The KhAI-3 glider “Sergey Kirov” was developed by the Aviavnito team led by Alexander Alekseevich Lazarev. The machine, equipped with the M-11 engine, was a “flying wing”, at the rear edge of the wing consoles were ailerons that worked as elevators and were divided into two parts by span. Horizontal flights of the glider were achieved using spoilers placed at the ends of the wing and controlled by pedals. Temporarily on the center wing were placed keel and rudder.
Two passenger (cargo) cabins were located on the center section, the pilot’s seat was in the right cockpit. The number of passenger seats – 12.
The tests began on September 14, 1936, the general conclusion on the test results was positive. A glider could take off independently with a mass of 2200 kg, he gained 1000 m in 25 minutes.
In the years 1936-1937. the KhAI-8 aircraft was being built, but it was not finished, which was a KhAI-3 gliderlet, but with two M-11 engines mounted on racks above the wing, with pulling screws.
Characteristics of KhAI-3: crew – 1 person, power plant – 1 x M-11 with a capacity of 100 liters. e., wing span – 22.4 m and its area – 78.6 m2, length – 6.8 m, empty weight – 1440 kg, take-off weight – 2200 kg, top speed – 135 km / h, practical ceiling – 2000 m, payload – 12 passengers. 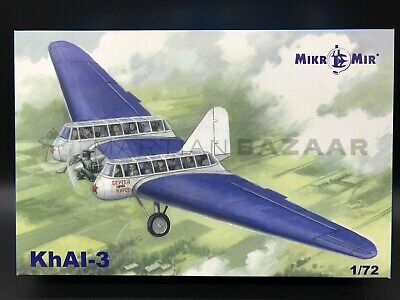 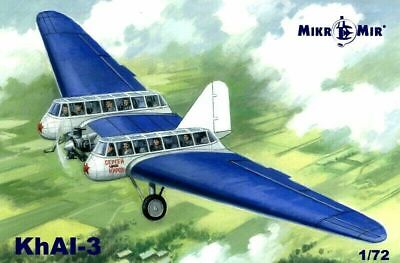 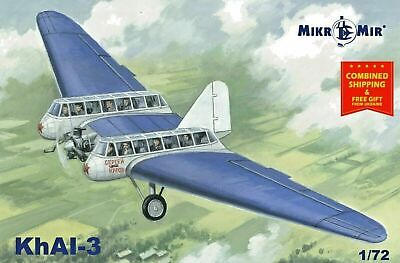