Unassembled plastic scale model in 1/72 scale of a U.S. Grumman F-14 Tomcat Air superiority and multi-role fighter aircraft, with variable wing and carrier borne capable. B variant was a major upgrade program started in 1987 initially named A+ and later renamed to B in 1991. The program included new engines and a new waring radar. They were completed for the Dessert Storm operation in 1991.

You are currently browsing Marketplace products for

United+States. Choose your country from location/language menu to get proper results for you. If your country is not in the list try default EN-U.S. or try the closest location if any.

See on Ebay »
Shipping to: US
From: CN
Seller: sunlightmodelstore
100.0% Positive votes

See on Ebay »
Shipping to: US
From: CN
Seller: superkungfuhobby
100.0% Positive votes 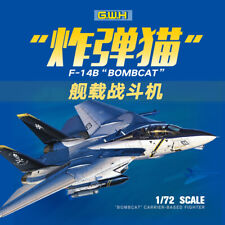 See on Ebay »
Shipping to: US
From: CN
Seller: xfree-hobby
99.8% Positive votes

See on Ebay »
Shipping to: US
From: CN
Seller: auroramodelshop
100.0% Positive votes 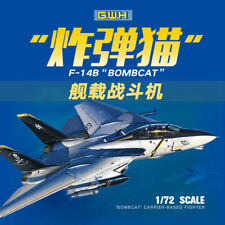 Español
We use cookies to ensure that we give you the best experience on our website. AcceptDeclineRead more
You can revoke your consent any time using the Revoke consent button.Change cookies configuration