The P-38 Lightning, a WWII U.S. fighter aircraft, is easily identified by its twin booms. It enjoyed its greatest success in the Southwest Pacific theater, but the P-38 was also successfully adapted to several other roles. One role was that of a “pathfinder” designed to lead formation bombing. The P-38 Pathfinder, fitted with a glazed nose containing an H2X radar, led other P-38s loaded with 2000lb bombs. When the Pathfinder released its load (usually a single 2000lb bomb), the rest of the formation did so too. 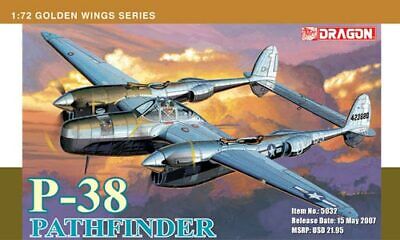