The Kawasaki Ki-61 Hien (“Swallow”) was a distinct departure from existing Japanese WWII fighter aircraft, with its liquid-cooled in-line engine (rather than the more common air-cooled radials). In fact, when the Allies first encountered the Ki-61 during combat in New Guinea in the spring of 1943, they thought it was a German or Italian design! This was why it received the nickname “Tony”, short for “Antonio”. Its speed and power initially caused concern for Allied pilots, but by the end of WWII it was truly outclassed, even though some continued to soldier on with the IJA. 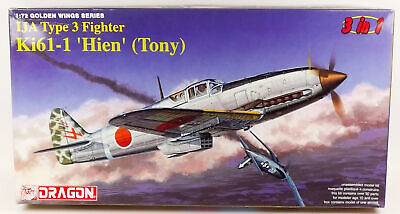 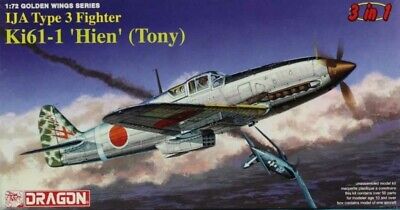 See on Ebay »
Shipping to: Worldwide
From: US-Wentzville,MO,USA
Store: LotsofModels 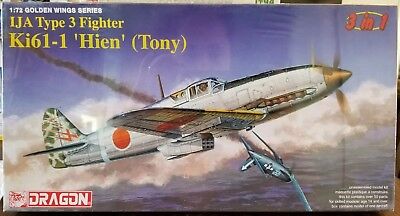 See on Ebay »
Shipping to: Worldwide
From: US-Tacoma,WA,USA
Store: andysatticliquidations

Showing 3 of 14 results found at Ebay. Click here to see all.