The German sGrW42 heavy mortar was a development of the Soviet 120mm mortar that was captured at one of the defense plants in Kharkov. The Germans conducted a thorough examination of the mortar and were impressed with its firing capabilities. The sGrW42 was put into production in 1943 and was used by the Germans until the end of World War Two.

This box contains one 120mm mortar plus 5 crew figures in 5 different poses.
(As happened with the Russian counterpart, a transport cart has been draw in the box art, but it’s not included) 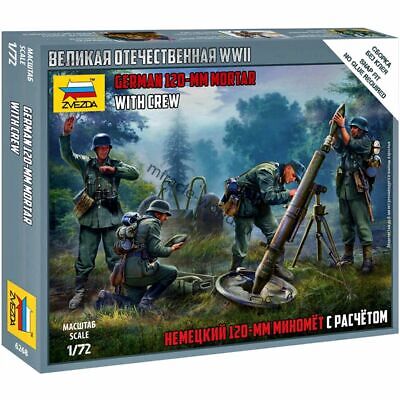 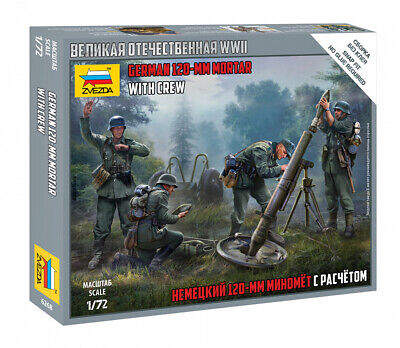 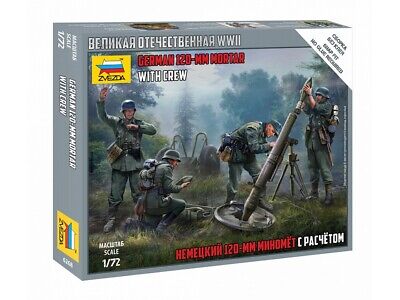