Officially known as the Ryan NYP (for New York to Paris), the single engine monoplane was designed by Donald A. Hall of Ryan Airlines and was named The Spirit of St. Louis in honor of Lindbergh’s supporters from The St. Louis Raquette Club in his then hometown of St. Louis, Missouri. To save design time, the NYP was loosely based on the company’s 1926 Ryan M-2 mailplane with the main difference being the 4,000 mile range of the NYP, and as a non-standard design the Government assigned it the registration number N-X-211 (for “experimental”). Hall documented his design in “Engineering Data on the Spirit of St. Louis” which he prepared for the National Advisory Committee for Aeronautics (NACA) and is included as an appendix to Lindbergh’s 1953 Pulitzer Prize winning book, The Spirit of St. Louis. 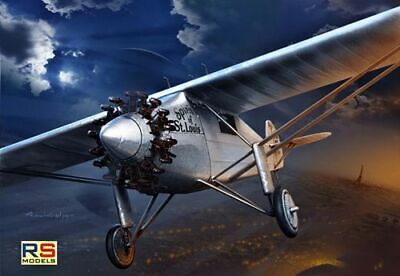 See on Ebay »
Shipping to: Worldwide
From: AU-Australia
Store: The Last Stand Miniatures