Pilot and eight-passenger enlarged and twin-engined development of the AS.5 Courier. First flown on 26 June 1934. About 50 built by Airspeed for British, Japanese, Czechoslovakian, Chinese and South African civil operators, plus a small number for the South African Air Force and the RAF (SAAF Envoys carrying bombs and one forward-firing and one dorsal-turreted machine-gun). Mitsubishi also built a number under licence. Engines fitted to Envoys included the Wolseley AR.9, Scorpio I or Aries III, Armstrong Siddeley Lynx IVC or Cheetah IX, Wright Whirlwind R.760 and Walter Castor II. 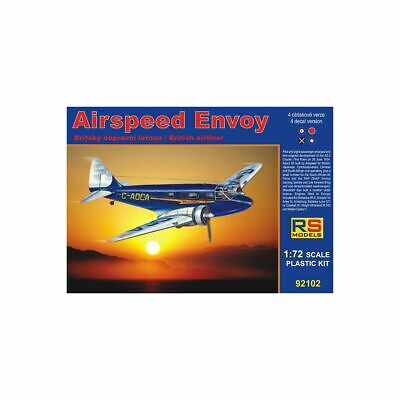