In spring 1934 an Army command decided that Czech pilots would participate at an international Acrobatic competition Coupe Mondial, whith was to také place in July that year in Paris. Just in six weeks time came under a rtm. Novák s and Capt. Ambruž s command into existence a new acrobatic airplane B-122. In Paris Novák achieved 4th position and Ambru6 ended as 8th. On and on was the flyer being adapted-the rudder had been enlarged and the upper wing had been equipped with small wings. That version had already been marked as Ba.122.

For an Olympiad in Berlin was the Ba.122 equipped with stronger nineth-cylinder engine Avia Rk-17 or Walter Pollux. Here in Berlin pilot Široký ended as second, Novák third and Ambruž eight. 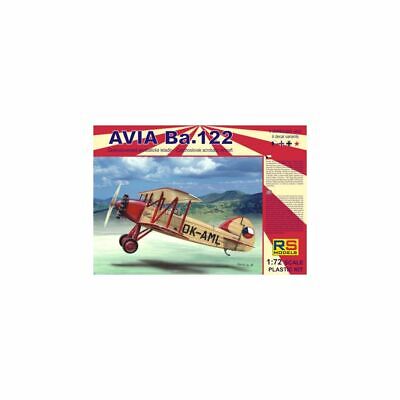